I've been a bit slow with blogging about stuff as it happens, so here's a post about what we got up to 2 weekends ago. Hubs and I have been whinging a little that there's nothing much to do up here, so when opportunities get presented to us, we really try and take advantage. So when we heard that the races were on, we thought we'd go along and check it out. They started around 2pm on the Saturday, so after Quindy had her nap, we all got dolled up and hit the tracks. 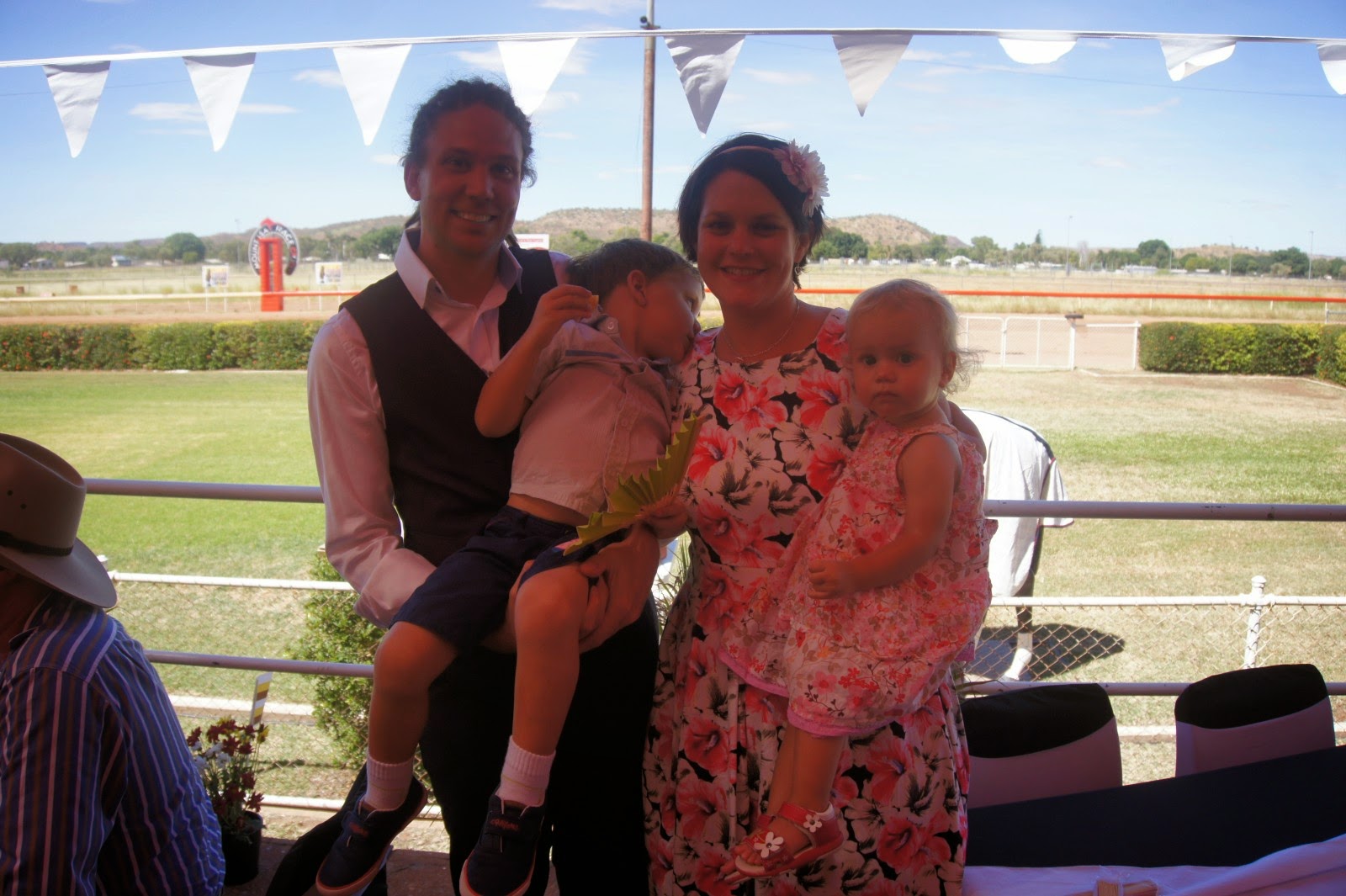 Isn't it fun trying to get your 3 year old to pose for a nice family photo? 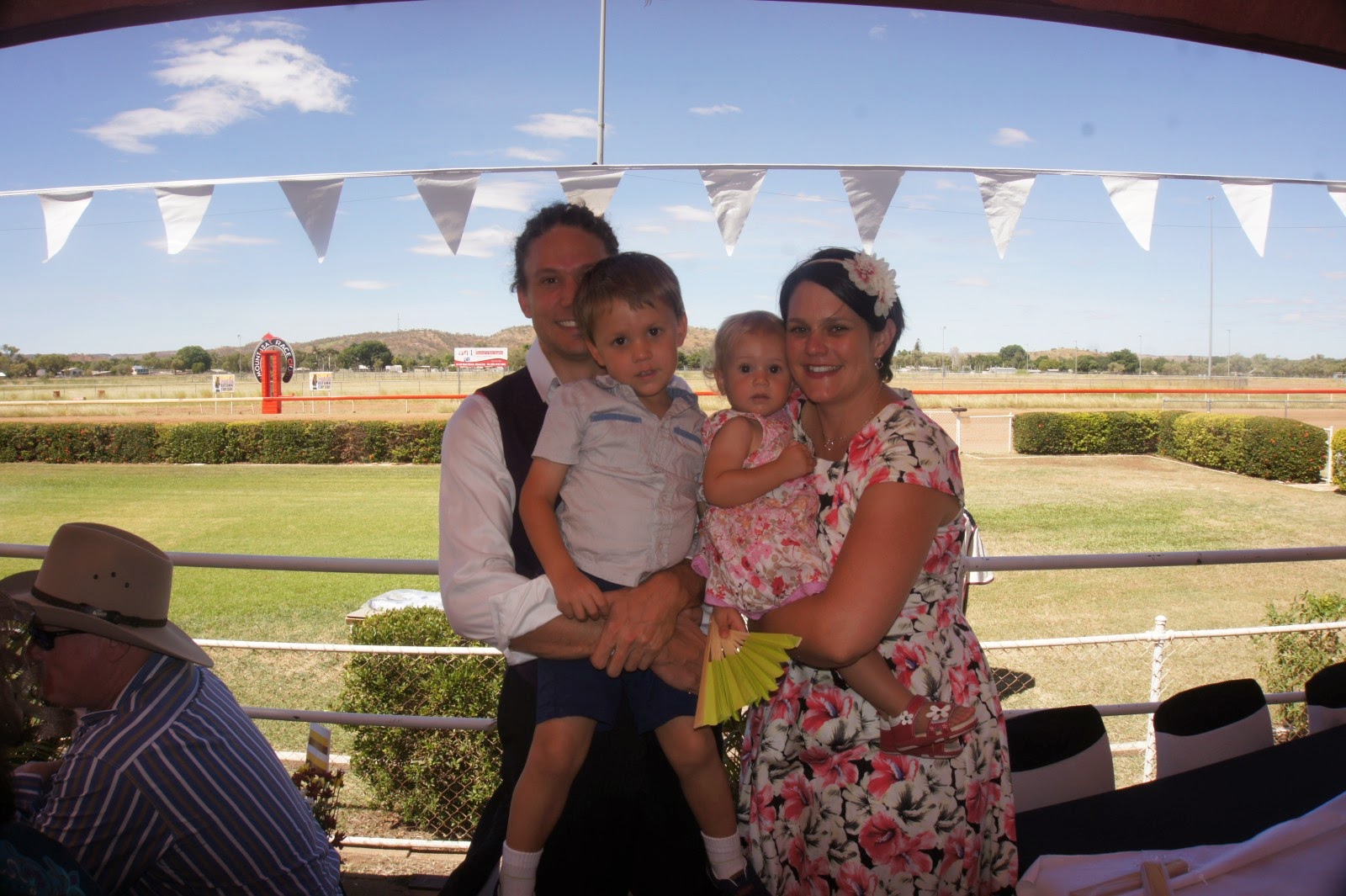 We had NO idea what to expect - how big it was going to be, how much it would cost, what the place was actually like - so we just went in head first and hoped for the best. We knew there were going to be a few doctors there that Hubs works with, and a few of the mums I've met through playgroup were heading in too, so we would at least know a few people.

By our standards (we had only really ever been to the Wang races on Melbourne Cup Day) it was quite small, but that suited us just fine. Quinn was happy to wander around looking cute: 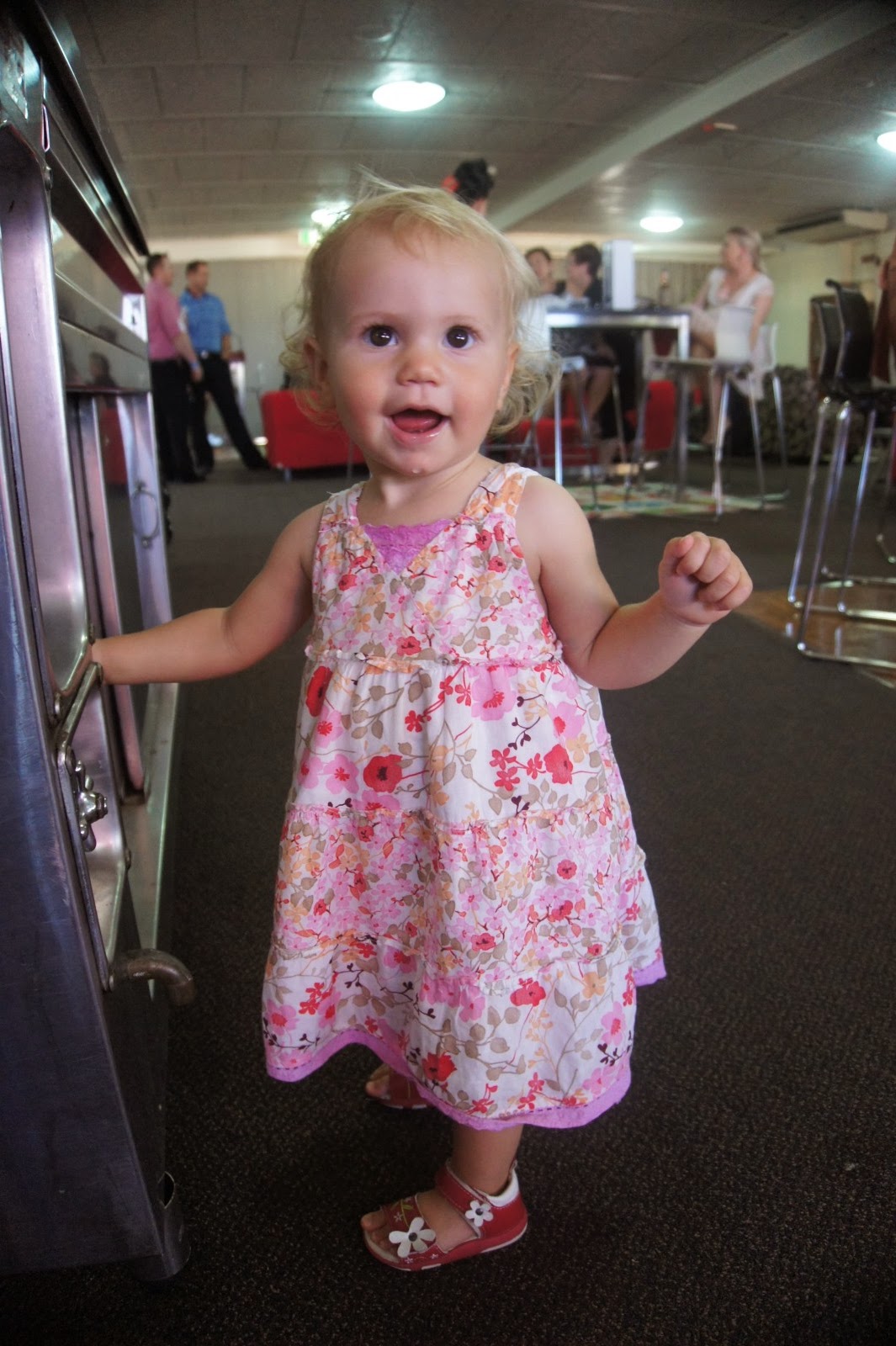 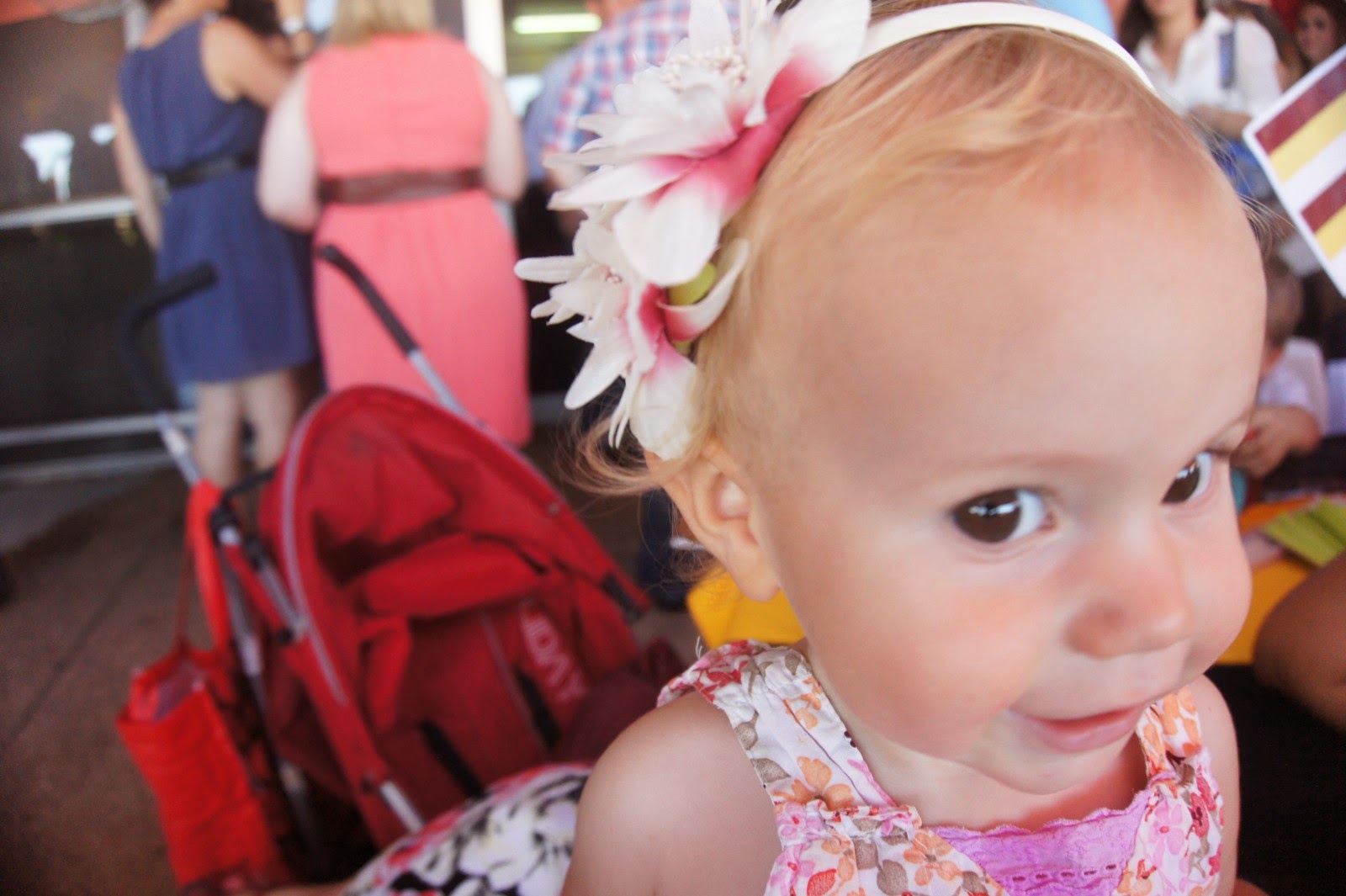 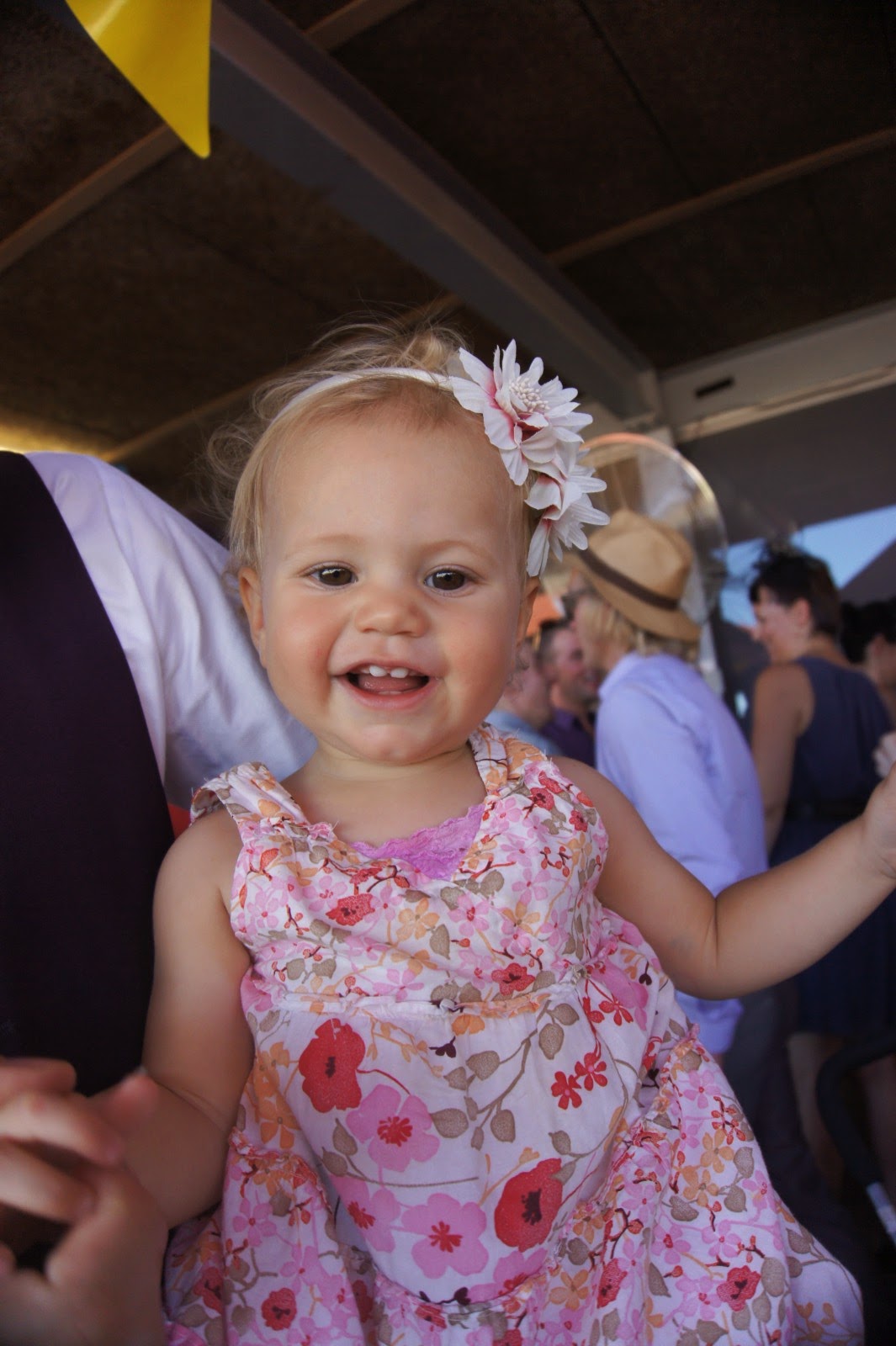 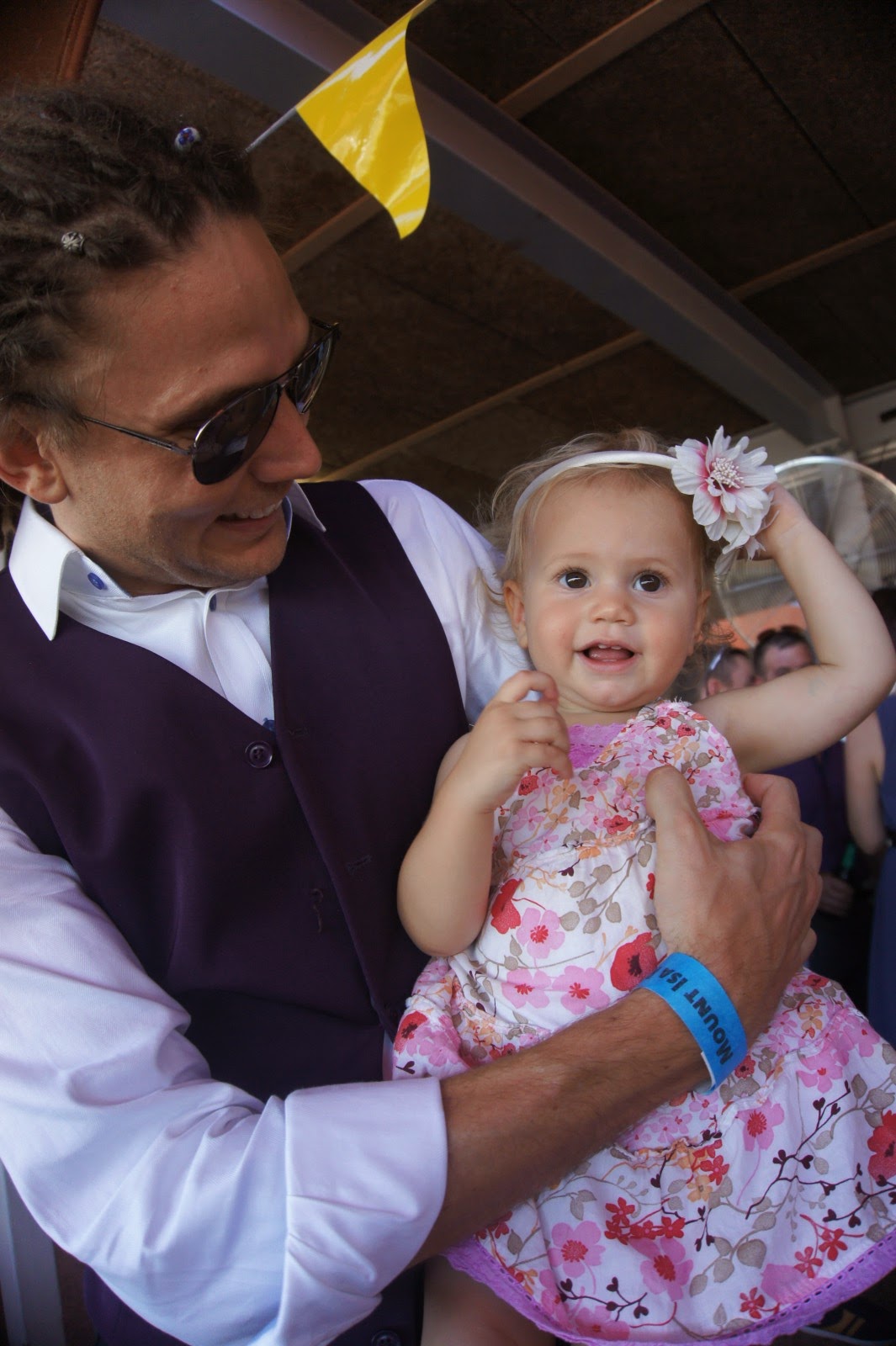 And Chance still had a bit of a cold, so he was happy just to chill out and watch movies on my phone: 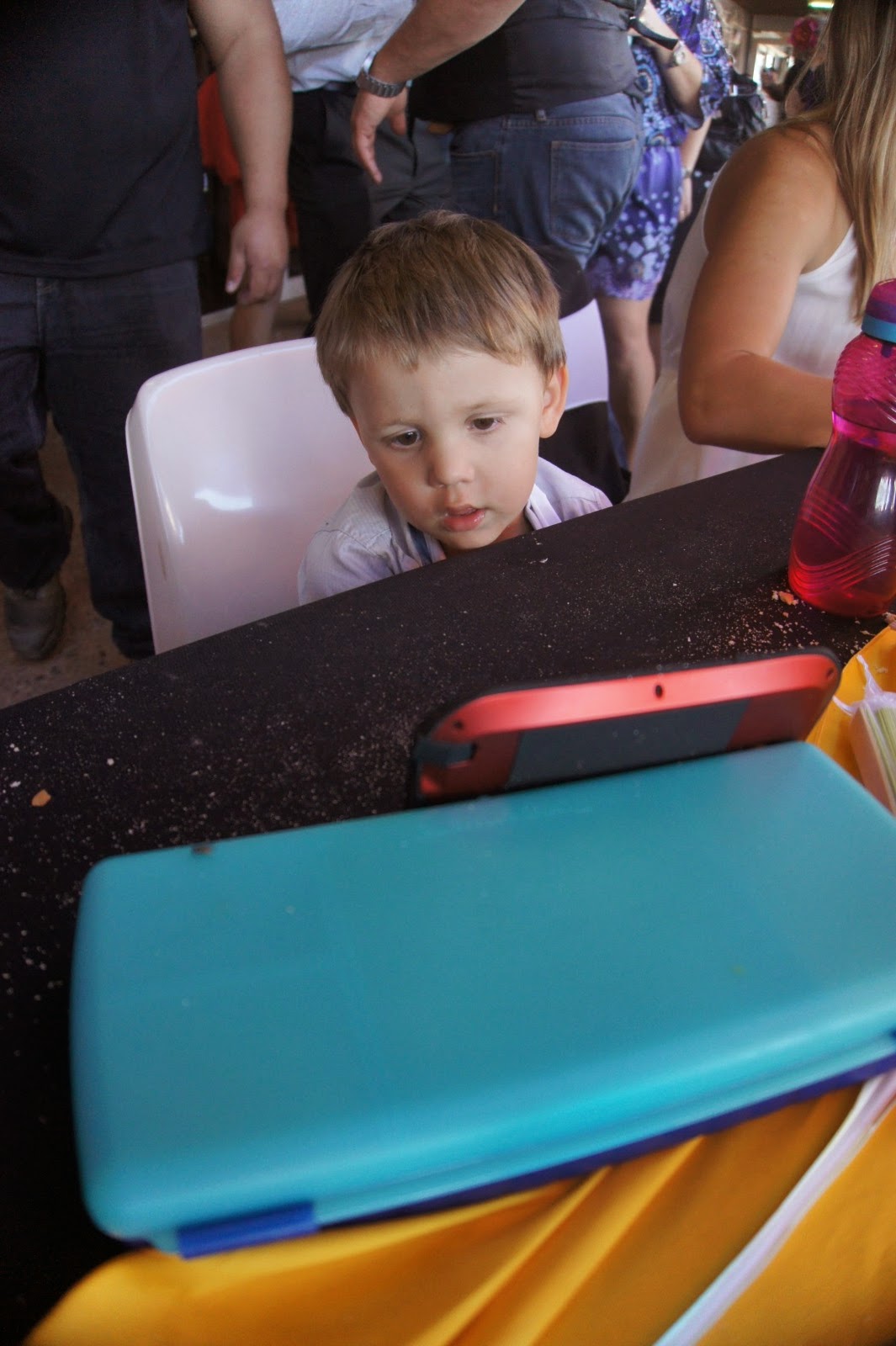 We're really glad we went along and had a great time meeting new people and spending time with new friends. Speaking of which, Hubs met the friend of one of the doctors he works with and he mentioned a group of his friends were going 4WDriving the next day, and that we would be most welcome to come along. So in the spirit of taking people up on their offers to do things, we said yes!

We met the group around 10am Sunday morning and after a little rendesvous, we put the kids in the car... 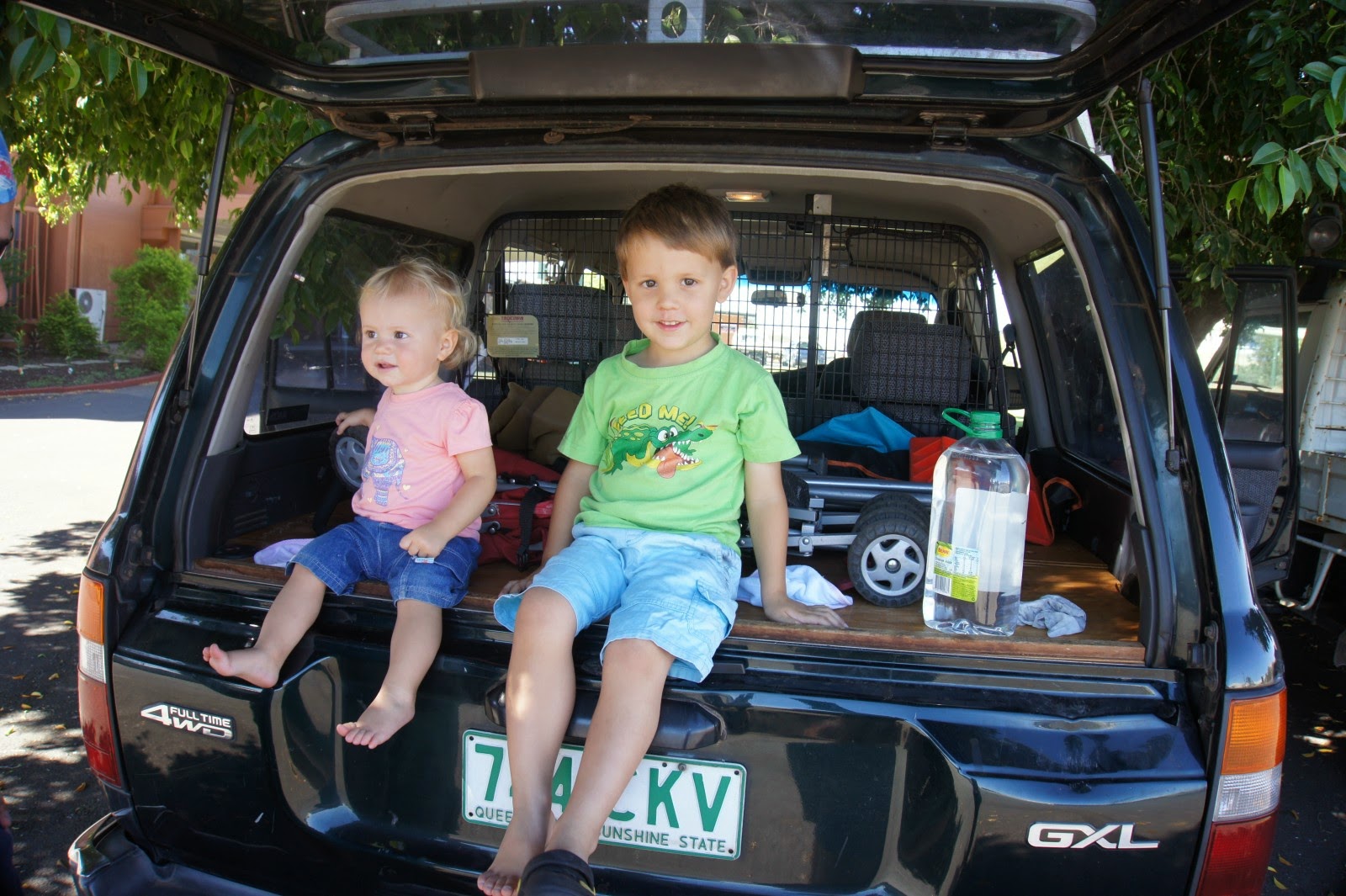 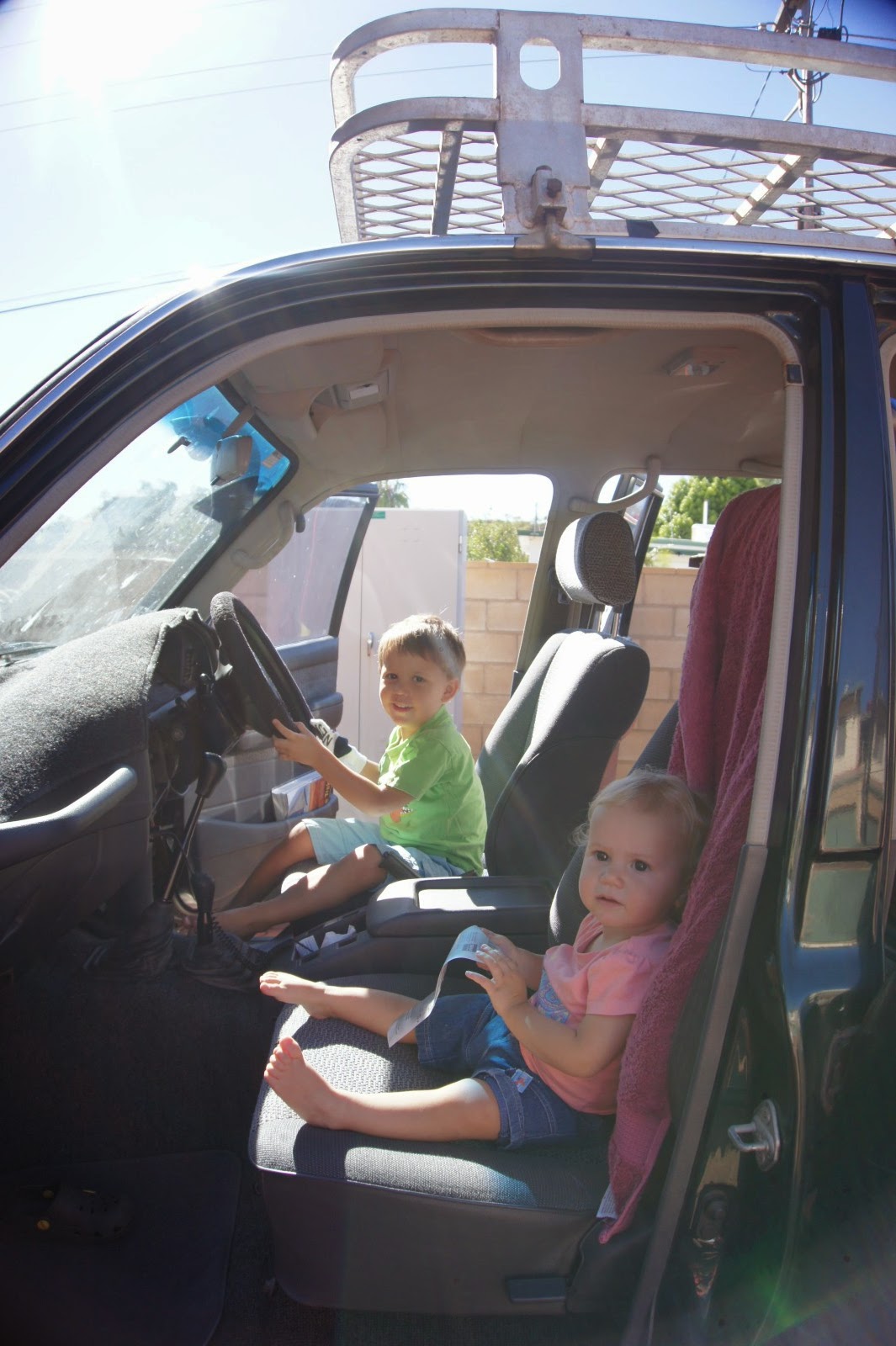 We headed north about 40km before we turned off onto the track. It was a pretty tame drive, but there were a few squeals of excitement/fear from me at a couple of creek (dry) crossings. 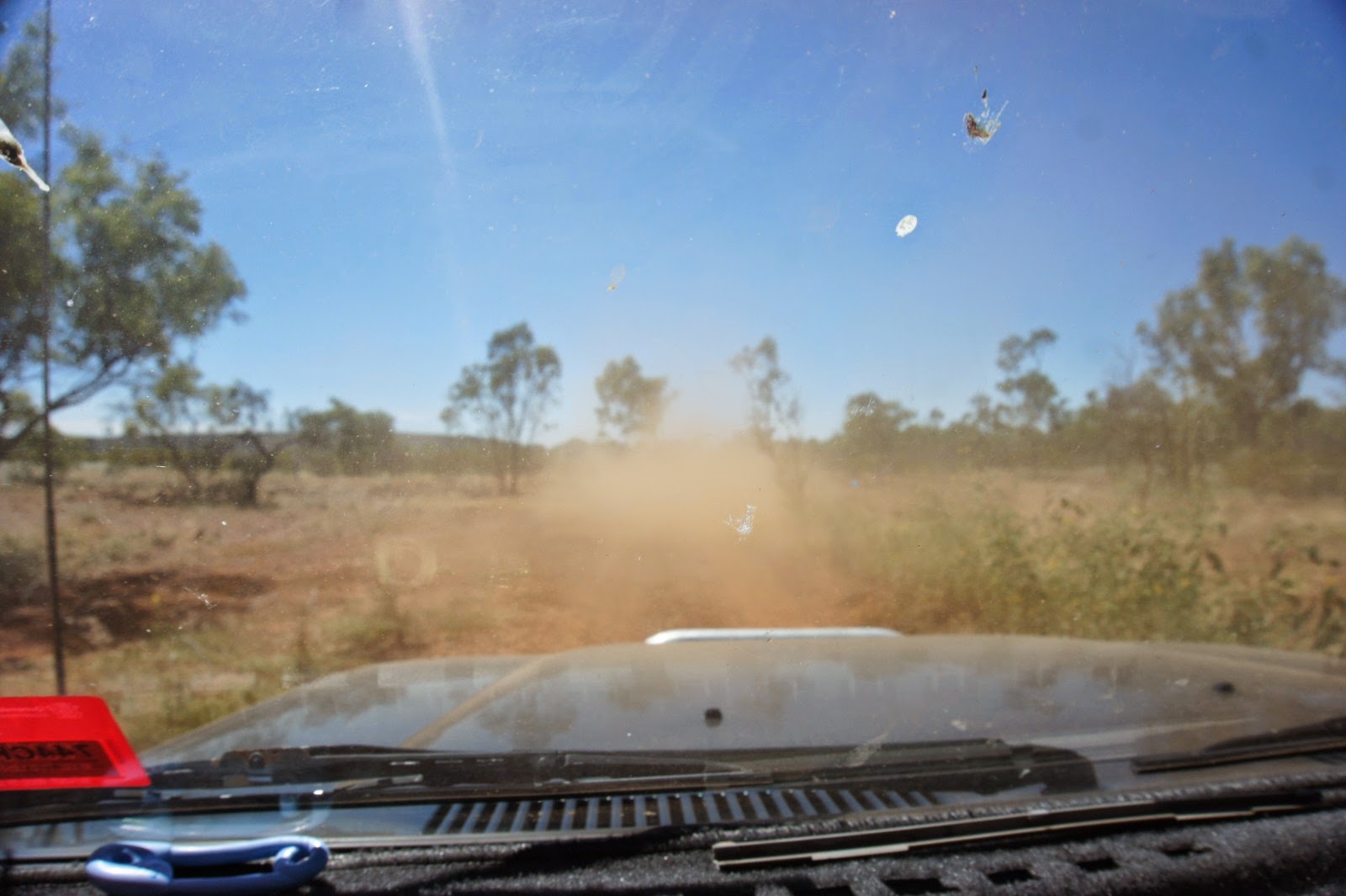 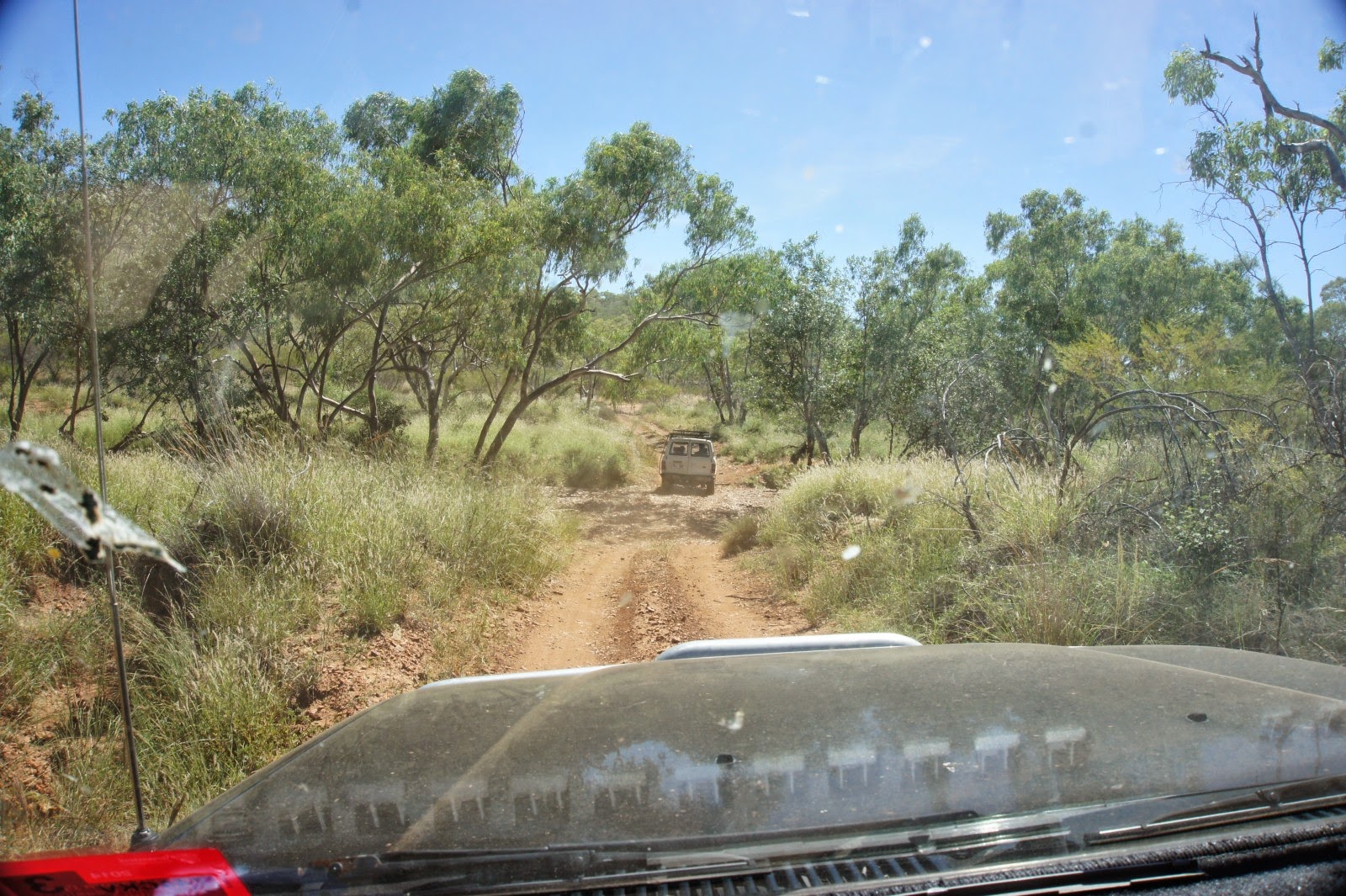 There were 6 cars in the convoy and a lovely bunch of people emerged at the swimming hole we arrived at: 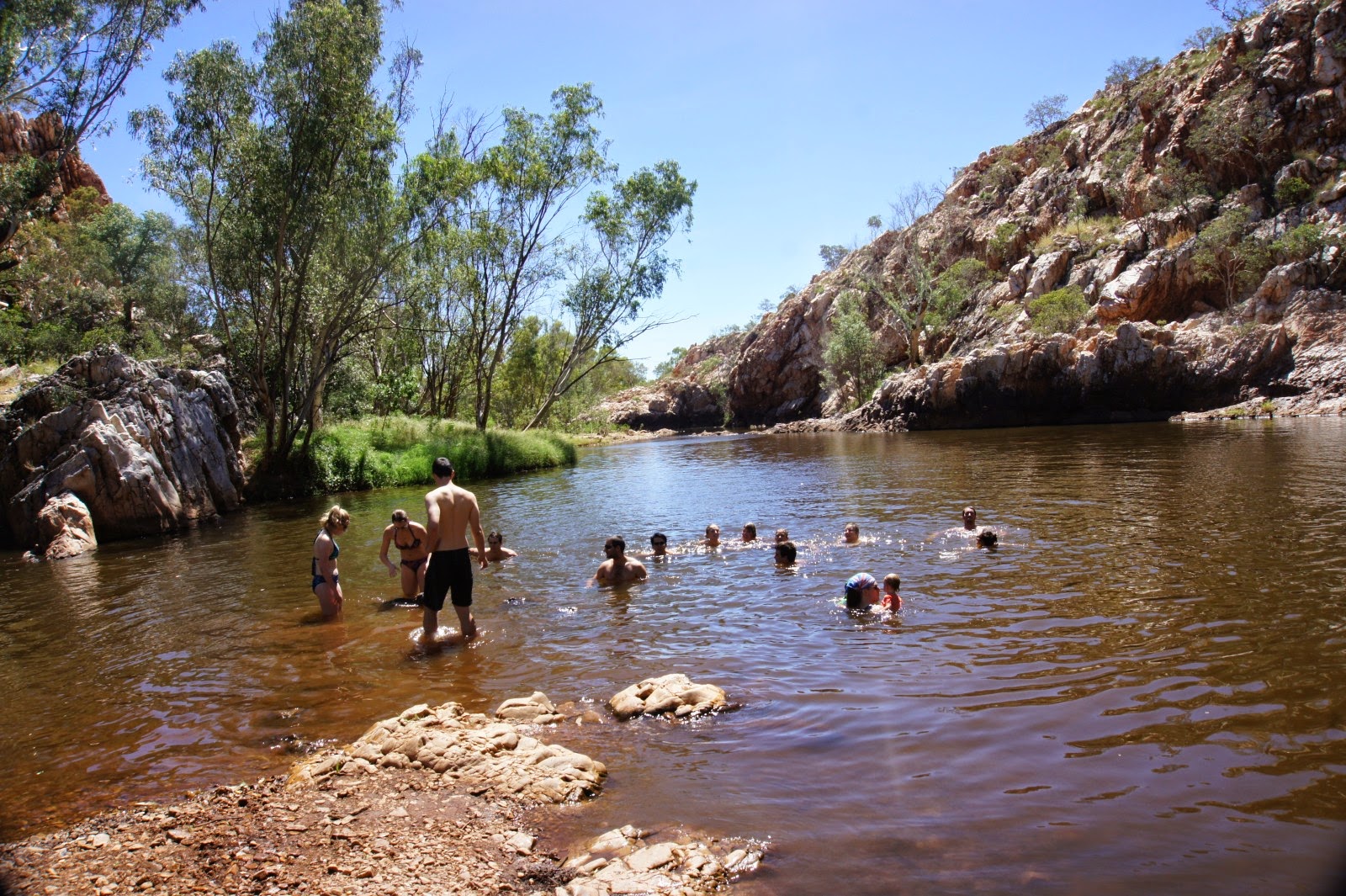 Unfortunately our friend hadn't mentioned to bring togs, so Hubs just jumped in with his clothes, and the kids had spare clothes so they went in too. It was so lovely. I was very sad I hadn't brought my togs :-( Next time! It was a really lovely few hours and we hope to head out with the group again sometime soon.

We arrived home to unpack, change, and head out to a friend's place for a BBQ. So yeah, a very big weekend for us! The following weekend, Hubs had to work, so this is his first full weekend with no plans for some time. We are thinking about heading out to Lake Julius tomorrow just to check it out, but no firm plans at this stage. The weather is finally a little more bearable today (only getting up to 32 today! Woo!) so a trip to the park might be nice too.

We're trying to make the most of it, and slowly getting there.

Posted by Renae at 1:01 PM Comments