While Michael and Lea and family were visiting, we took a trip up to Falls Creek for a day in the snow. We had bought up big at ALDI's snow sale, so we were prepared for anything... or so we thought. Dad even gave Chanbe his silk balaclava to wear! 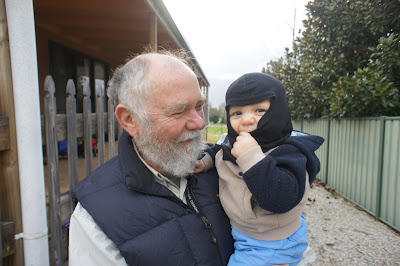 Unbeknownst to us bottom-of-the-mountain folk, it was snowing up the top! We arrived, snow chains at the ready, around lunch time and got straight into the white stuff. 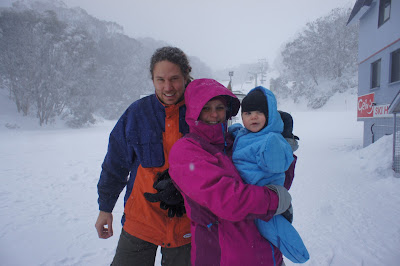 Or perhaps to put it more accurately, it got straight in to us. It was snowing pretty hard up the top and it was pretty darn cold and windy! Not that Chance cared much! 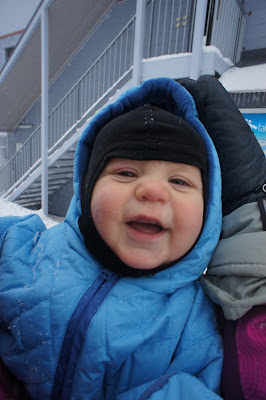 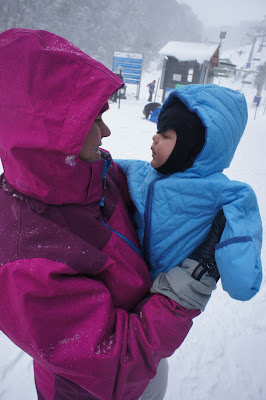 It got a bit much for me after a while so Chance and I headed indoors to thaw out and have a bite to eat while the rest of the gang played in the snow. After this, we headed around to "Windy Corner" for some tabogganing. The name didn't lie. 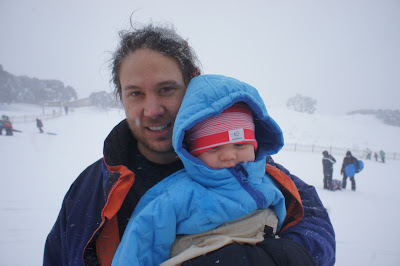 Thankfully, Hubs took Chance for a while on the ergo, as I was having a hard time juggling a 10kg baby (not literally - but what a sight that would be!) and all those darn layers! 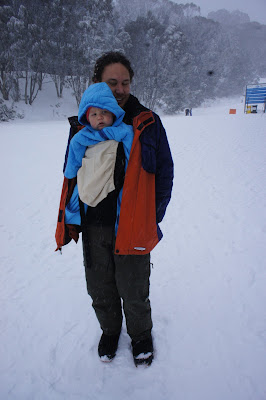 I had a couple of runs on the taboggan, but I kinda sucked at it, so Hubs took Chance for a go. Fun!


We decided to hunker down at the hut for a rest and another thaw-out so I carried Chance there in the windy snow. It was haaaaaaard work. That 50m seemed like an eternity! But we made it and were followed not long after by the rest of our group. 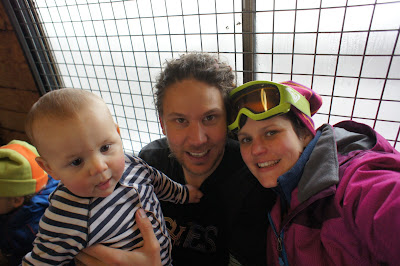 So again, Chance and I were happy to hang out there while everyone else went for round 2 on the taboggan slope. We then headed back down to the car and after another bite to eat, hit the road. We had to use snow chains on the way down as it was very icy indeed. We all got home safe and sound and that hot shower I had was one of the best ever. Hubs has been up the mountain twice since then for a bit of snowboarding action, and is up there again today. He's got to make good use of his season pass that he got for his birthday!! As to when I'll be back up there? Well, the jury's still out on that one...