Let there be cake!!

A friend of ours, Sophie G-C, celebrated her birthday yesterday, and Hubs and I hosted a little par-tay at our place. I wanted to make a cake instead of buying one, so I was going to do something similar to the one I made for Hubs for his "21st" last year, ie, a big chocolate cake with lots of sprinkles in the shape of an "S". But NOOOOO (said in a whiny voice) Hubs had to come up with something even BETTER. He said I should make a Superman cake instead! That way the "S" could stand for Sophie!

I looked up some pictures (thanks Google!) and found a couple of REALLY impressive ones, as well as a few amateur ones and had a feeling mine was going to look a little dodgy, but, I wanted to give it a go. I made my square cake, rotated it 45 degrees, chopped the top off, printed out a template, dyed some icing some Super great colours and iced to my heart's content. And I gotta say, I was SUPER chuffed with the end product: 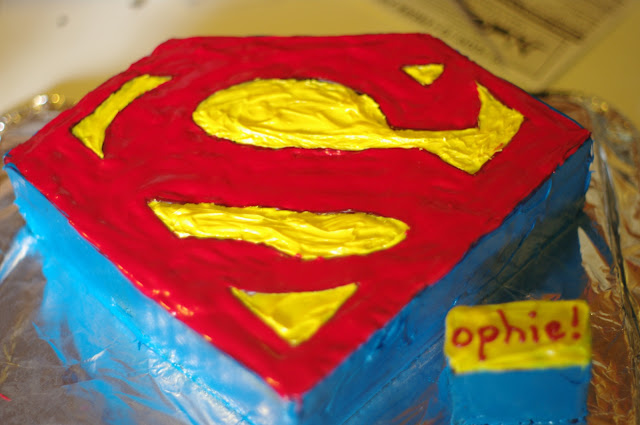 Not bad hey? Maybe I take after Mum even more than I thought! Here is the work in progress: (I started with a template, cut the yellow bits out and put the template on the cake. I filled in the yellow bits, took the paper off and was left with the red bits to fill in. I used red writing icing to trace around the yellow bits before adding the red icing): 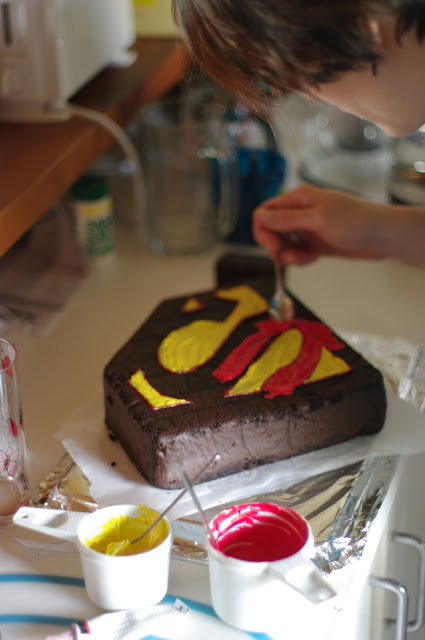 And then it was just a matter of whipping the blue icing around it. Piece of cake! ha ha ha ha ha ha. Punny!
And here it is, fully ablaze! (you can see my signature choc-dipped strawberries in the background!) 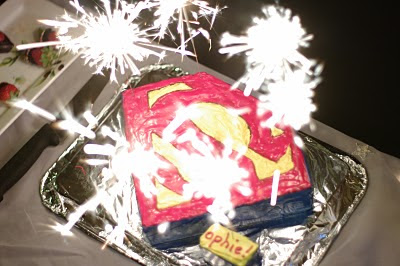 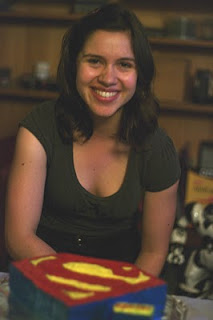 Posted by Renae at 3:38 PM Comments