Hubs' Dad and Nanna came to visit us on Sunday as they were "in the neighbourhood" (they had a party to go to in Shep) so we took them out to lunch at the King River Cafe. This is one of mine and Hubs' favourite places to take family and friends to when they visit (hint hint!!). We were originally told about it about a year ago when we were coming up to Wang from Melbourne to go house-hunting. The nephew of one of the ladies I worked with at Newman College is a chef there, and after that first visit, we just have to keep going back. They change the menu every couple of months or so, so Hubs and I have never had the same meal twice.

On Sunday Hubs opted for the butterflied sardines... 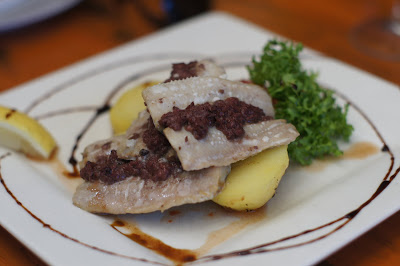 ...while I had an Asian-style pork, egg and rice bowl. 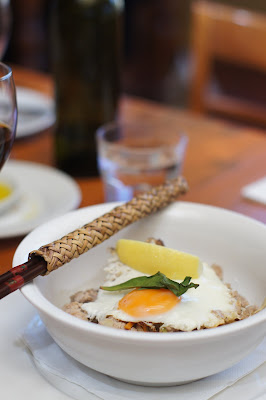 Hubs' Dad had the trout and gnocchi dish and Nanna ordered the pizza of the day which had smoked salmon and other goodies on it. 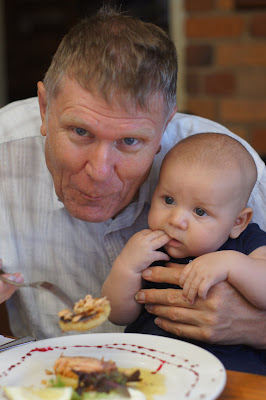 And of course we simply had to have dessert. (Lucky we went on that big walk the night before!!!) Hubs had an orange and chocolate torte: 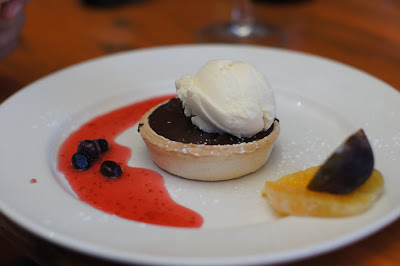 And I just couldn't go past the lemon tart: 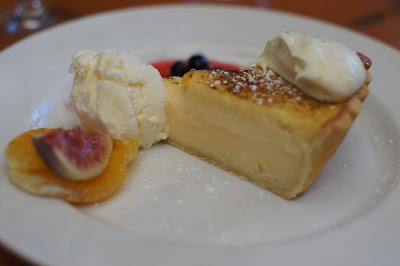 And we accompanied the meal with a local bottle of Sangiovese. It was so so goooood... 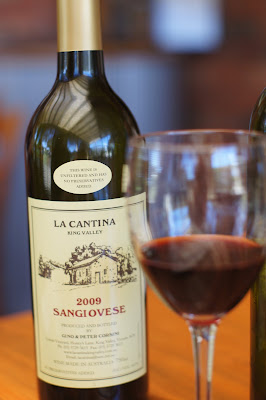 And Chance loved all the extra cuddles he was getting too! 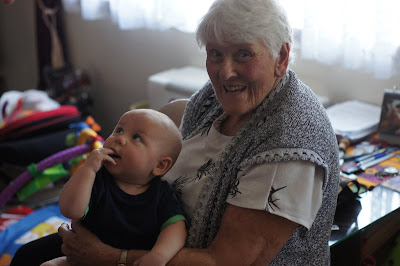 Chance and I are heading up to Brisbane for more cuddles from family and friends next Tuesday for a week. We're leaving Hubs behind unfortunately :-( but hopefully he can make it next time. My solo parenting trip to Melbourne was a bit of a practice run, and since that went so well, I'm quite confident about taking Chance on the plane on my own. Hopefully that confidence won't be challenged too much! See you in Brisbane if you're around!

Posted by Renae at 9:43 AM Comments