I do love a good "before and after" sequence (see College Life). Whether it be seasonal change, people's before and after shots, maps showing how an area or country used to be. It's all good. In my own life, I'm pretty good at the after shots, but not so good at the before shots. For example, the trees have been completely bare since we arrived in Melbourne, and I keep thinking to myself "I must take some photos from each season down here." But alas it hasn't happened. And today it's just too darn cold and windy for me to want to venture outside.

I DID however just take an "after" photo of the flowers that Hubs bought me last weekend! (Okay, so I bought them for him to give to me, but a gal's gotta do what a gal's gotta do! I went to a flower market and these gorgeous gerbras only cost $3.99!! Cost me NOT to buy them!!) They have lasted beautifully all week and now they're droopy but still gorgeous! They're sitting on my window sill as I write this. 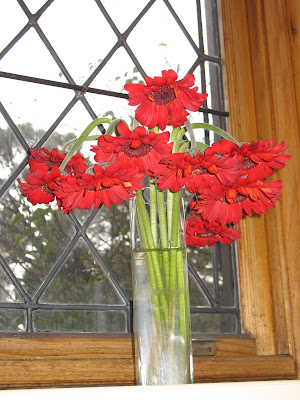 Don't I just have the most wonderful hubs in the world??

Actually, Hubs has only ever given my flowers once, but to be fair he did make them himself: 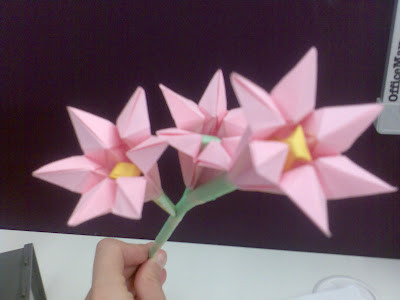 And I still have them after 18 months! They're the most beautiful flowers I've ever been given.