Hubs and I left Brisbane and moved to Melbourne in June 2008, just before I started this blog actually. Every place we lived in from then on, I seemed to prefer to Brisbane. Melbourne had amazing coffee and beautiful food, the public transport was incredible, and Hubs and I were newlyweds living in an exciting town, exploring it together. Wangaratta was a nice change of pace and it was where our little Chanbe was born. Mount Beauty was, well absolutely beautiful, and we met some lovely people there.

In the time we lived in Victoria, whenever we visited Brisbane, I always complained about how bad the traffic was getting, and I was generally excited to get back "home" (ie wherever we were living at the time).

I wrestled with so many emotions during my trip to Brisbane in the last fortnight. It brought up feelings in me that I hadn't felt about the city in a long time. I was homesick for my hometown. I miss my friends who have made so much effort in the last six years to keep in touch and to catch up when I'm in town. And my family. I miss my family so much.

I miss the city I grew up in.

As I was driving to West End on the second day of my trip to meet up with a friend for some yoga (and wine) (together!) (Best. Yoga. Ever!!) I went through the northern suburbs where I attended church and youth group, and later became a youth group leader; I passed friends houses I used to drive to for Melrose nights back in the 90s; I drove the familiar route from Aspley to Kelvin Grove, and reminisced about all I had been through in those streets and suburbs. I drove past my old primary school, high school and uni (all in the same block) and through the city where many a fun night was had with my gal pals.

I had come home. And it hurt that it was only going to be for a short time.

Of course my home is where my Hubs and family are, but I just wish that physical place was Brisbane at the moment. I've kind of touched on how I'm finding it a bit tough up here, but it runs much deeper than that. I know it's early days, and things might turn around, but Hubs and I are wondering if we made the right choice moving out here. Hubs has had a few disappointments at work which has taken away from his enjoyment of the job, and I am really struggling in our very small house with no yard. And there's really not much to do here with the kids in the afternoons. It's a question of "do we go to the lake, to the family fun park, or the pool?"

Hubs and I are already talking about where we want to move to next year and the list just keeps growing! So far we have discussed Cairns, Perth, Broome, Melbourne, Ingham, Brisbane, Bundaberg and even South Africa! Hubs and I have come to the realisation that the "place" we move to isn't going to make us happy, instead it's our attitude and feelings towards our life that will determine our happiness. We know we have to stop looking outwards at things and places for happiness, and start looking within. Which means regardless of how we feel about being in Mount Isa, we can be happy here too.

It just might take a bit more effort than we thought. Now. It's Sunday afternoon. We went to the lake this morning, and the pool is closed, so it looks like it's off to the family fun park!

Posted by Renae at 3:35 PM Comments

Today was a happy sad day. We scattered Nanny's ashes out in the bay today, and said our final goodbyes. It's been over 2 years since Nanny passed away, and it was nice to fulfill her wish for her ashes to be scattered in the waters where she used to go fishing. Chanbe came along for the ride and although he wasn't quite sure about the boat trip to begin with, he soon relaxed and had a nice time. 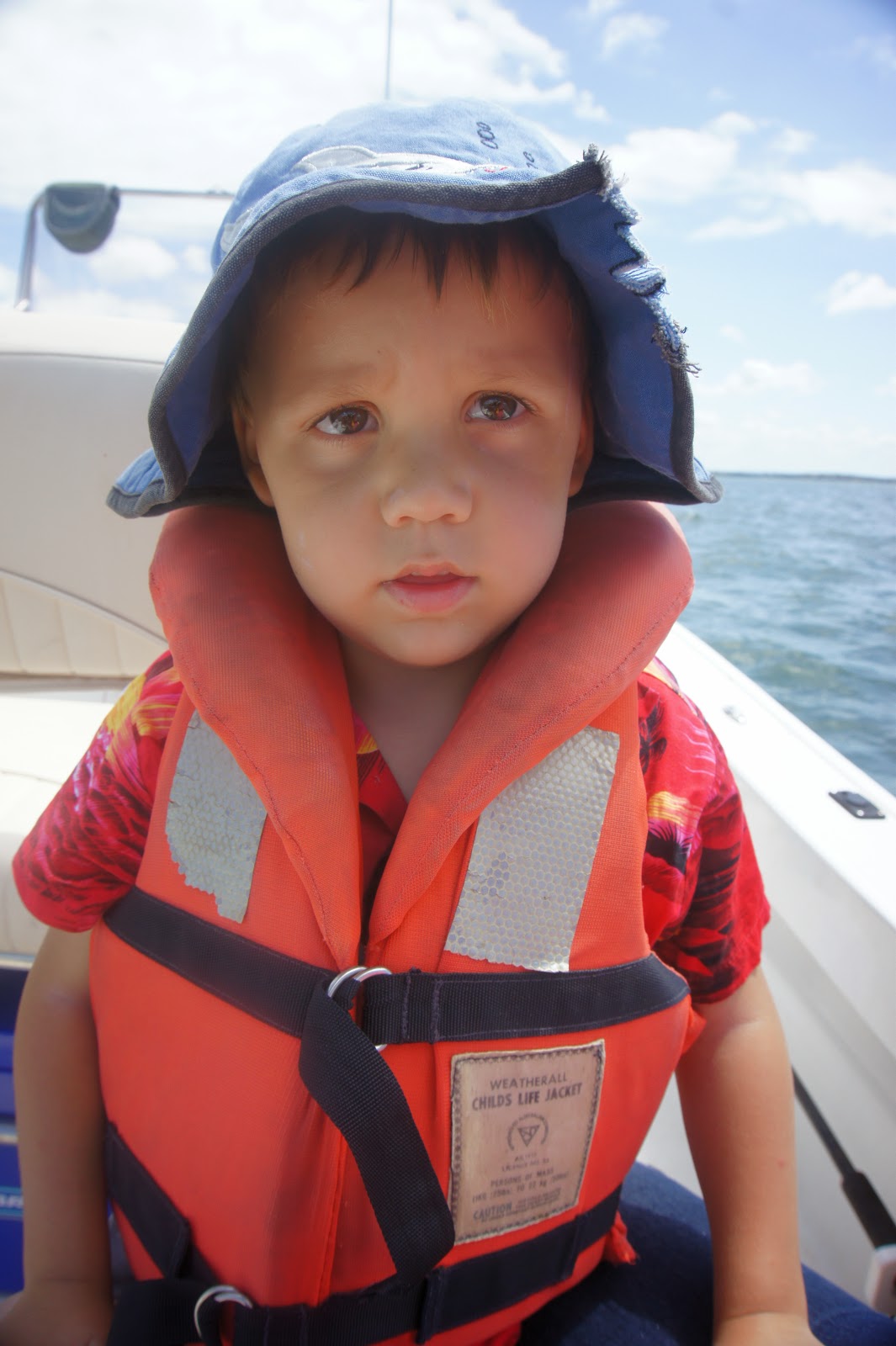 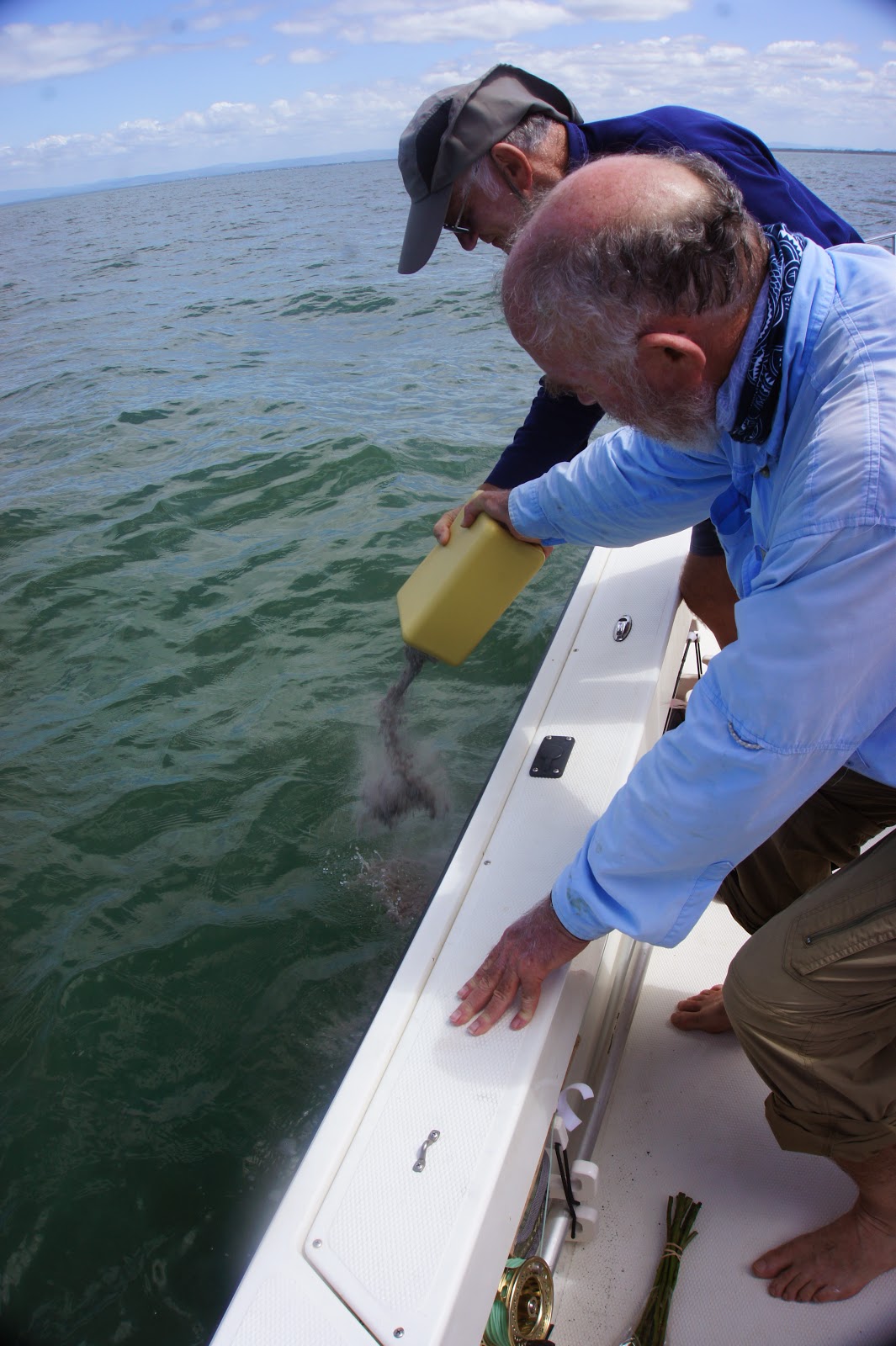 We also had a dozen long stem roses that we placed in the water. 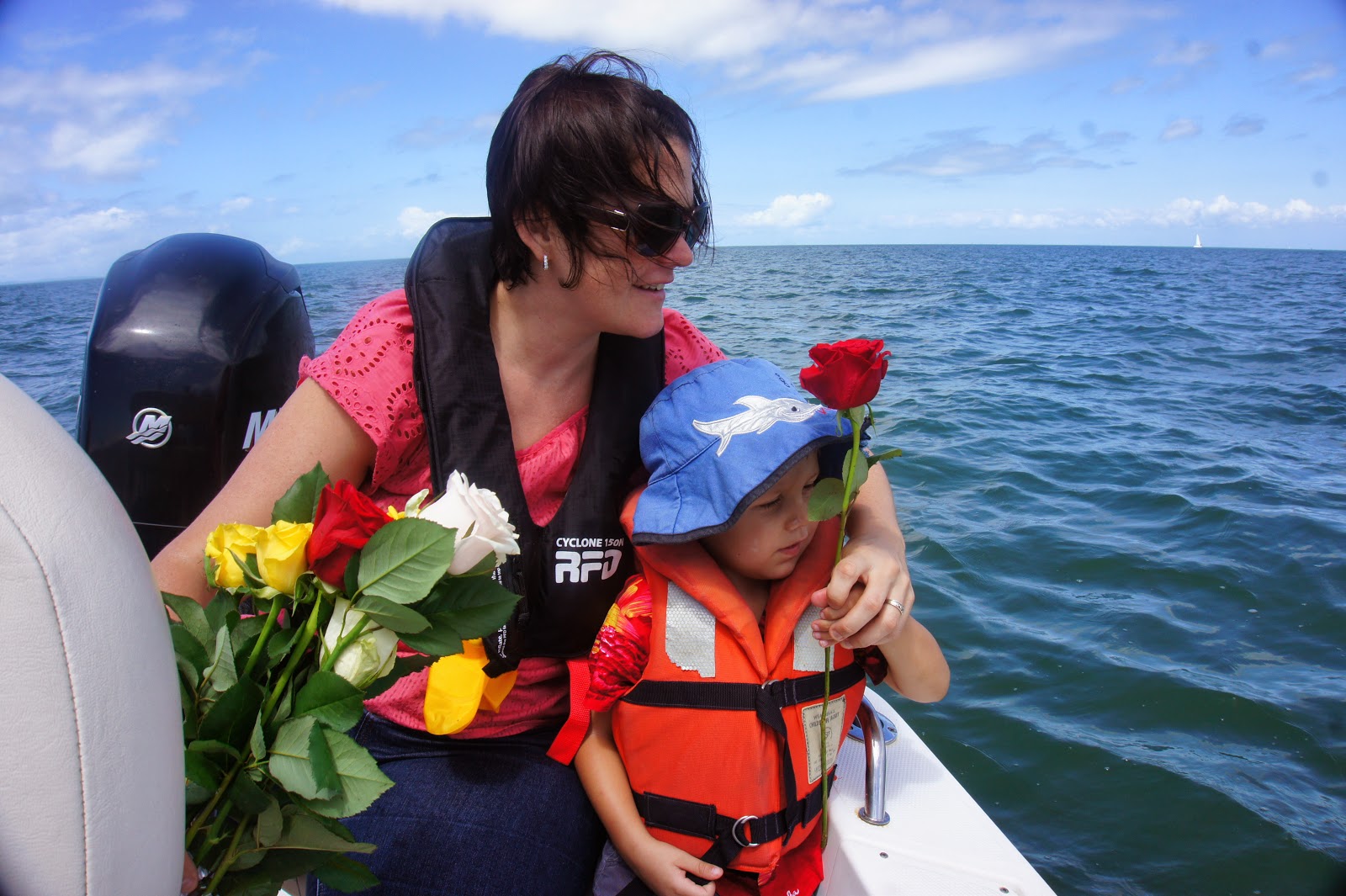 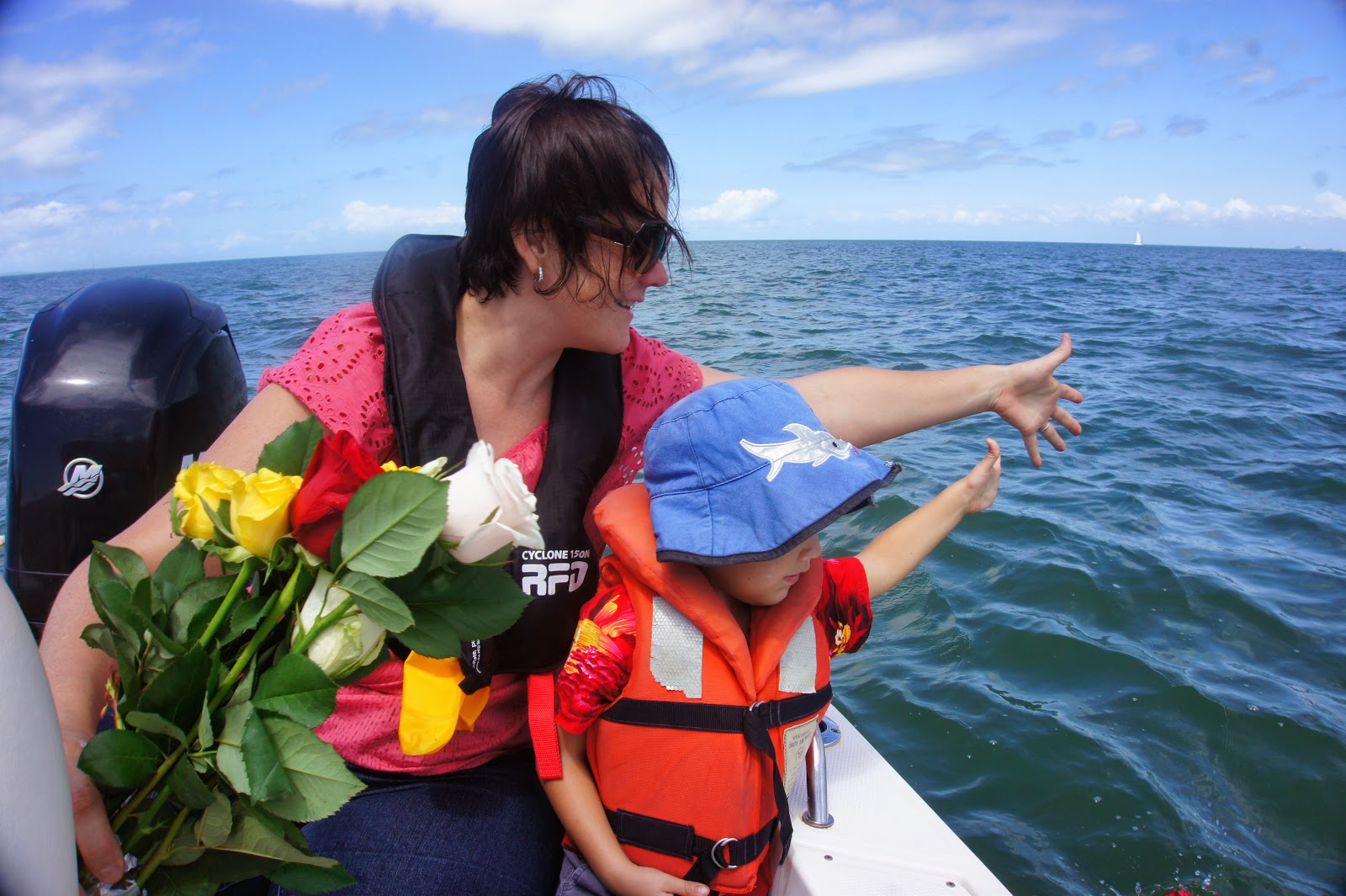 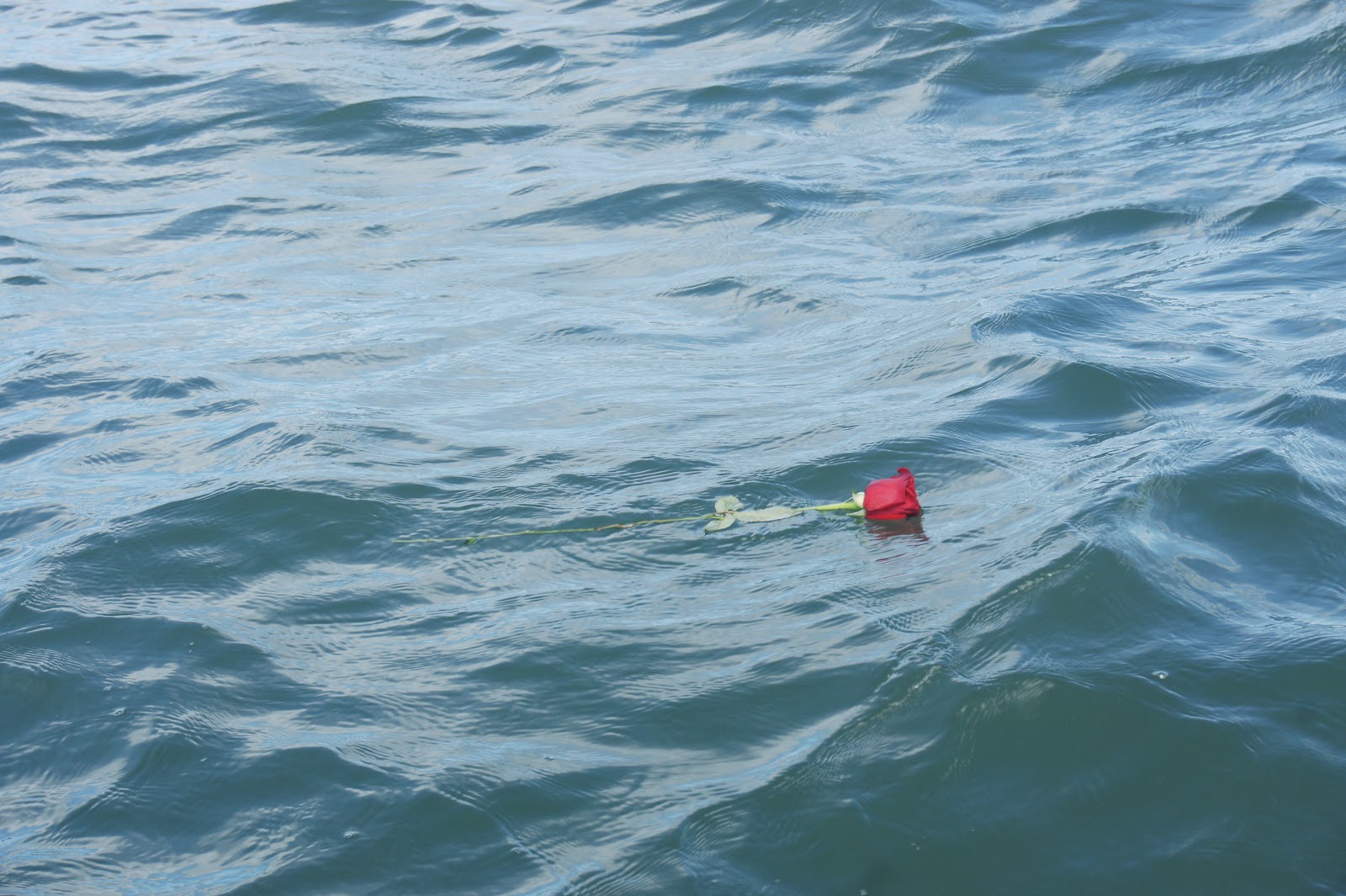 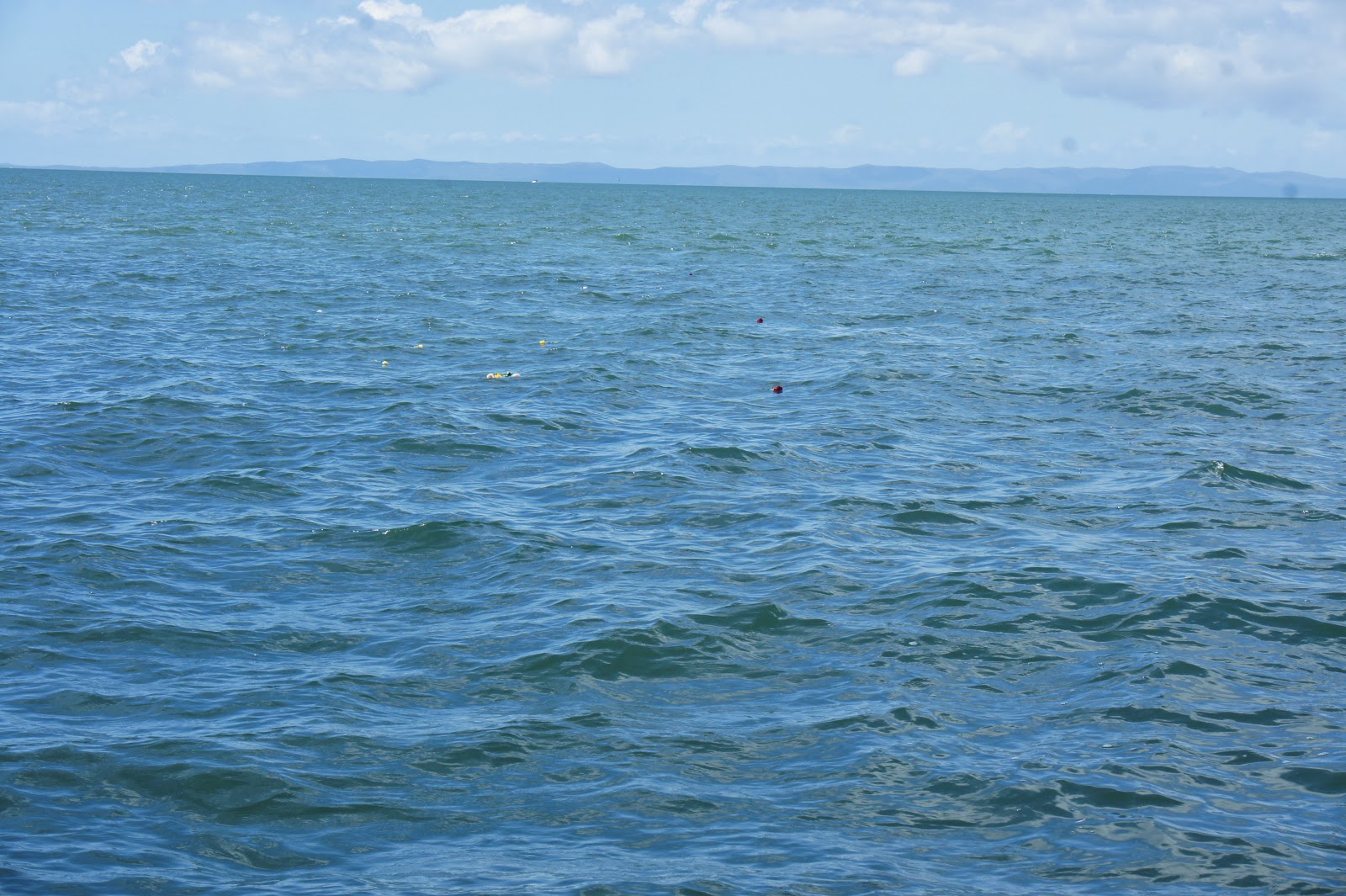 It was a really nice way to say a final farewell to a remarkable lady.

10 more things you may not know about Wifey

Here's the first 10 things you may not have known.

1. I love licorice. Almost as much as I love chocolate. That stuff is black gold. Oh, and don't even get me started on bullets. Oh baby yeah.

2. I get nervous every time Daddy Pig parks his car on such a steep hill. (Scroll half way down this page)

3. Volume controls with numerical values have to be set on either a prime number or a number divisible by 3. Yeah. That's a good one...

4. I distinctly remember being embarrassed by my Mum's cloth/net shopping bags when I was growing up. Now I'm embarrassed when I forget mine and have to use plastic!

5. The body part I get most complimented on is my skin.

7. I would love to spend a weekend in a kitchen with Maggie Beer. Cool name, awesome cook. (May I please have one of her cookbooks? Or you know, all of them?)

8. When we were growing up, my Dad would always want to drive past our old house that was our first "family home" when we were in the area. My brother and I would give an obligatory groan, but I secretly loved it every time. I'm such a sentimental fool.

9. It annoys me in movies/TV shows when someone in a bar orders a drink and then leaves after 1 sip.

Posted by Renae at 3:19 PM Comments

"all she does is YELL YELL YELL!!!" (adapted from one of our favourite Dr Seuss Books)

I've been yelling a lot lately. Which is sad, as I had made a conscious effort to not yell at Chanbe, (#27) and it had become a good habit. But then we all got sick. And tired. And I injured myself (again!) And things just went downhill from there.

I don't like it when people misuse the word "literally", like when they say "I literally died with fright" or "I literally had no sleep last night". Well I literally had about 3 and a half hours sleep last night. I'm not sure how I'm functioning right now, but I actually haven't even done any yelling today. We're all tired. Quinn's asleep (she was the culprit who kept me awake "all night") and Chance is watching Peppa Pig. Do you know how much Peppa Pig that boy can watch? I don't. Because he hasn't reached saturation yet. But I can tell you, it's a lot.

And I'm cooking when I really should be packing and getting organised for our flight to Brisbane on Tuesday morning. But I like cooking and it's making me happy so I'm going to keep going with that. Because in 2 days time, I can collapse in a heap and sleep. I just have to "get through" this afternoon and tomorrow without losing the plot, and then I have a week of relaxing and catching up with family and friends. It's going to be sooooooo goooooood....

I'm labeling this one under "Happiness" as I'm finding joy on a challenging day. And that in itself makes me happy.

Posted by Renae at 1:49 PM Comments

The kids and I are heading to Brisbane next Tuesday for a whole, glorious week. It's my Nan's 80th birthday, and you know me - it doesn't take much to convince me that a trip to Brisbane is a good idea! I've already booked in some much needed girly time with some friends, as well as the assumption that my dear (wonderful, supportive, generous) parents (ie Mum) will be getting up with the kids each morning so I can have a bit extra sleep. I haven't been able to get to sleep very well for the last week or so, and it's really messing with me during the day. My usual patience is limited, and my cranky factor is quite high at the moment. Not good for anyone around me!

I've been taking the kids to 3 different playgroups on Tuesdays, Wednesdays and Thursdays which has been so nice. I've met some lovely mums and have arranged an afternoon swap with one of the Doctors wives so that one day I look after her 2 girls (Chanbe calls them "my girls") and she does the same for me another day. It's just for a few hours, but it means we can get stuff done. It's my afternoon today, and the only problem I'm having is deciding what, of the 10 things I want to get done, I should focus on.

But right now, I think I'll have a nap, in preparation for my big afternoon!

Posted by Renae at 1:49 PM Comments

Greetings everyone! It seems my comments haven't been working. Well, I'm pretty sure they haven't been working, otherwise you lovely things just haven't had much to say to me lately :-) I've changed the settings from embedded to pop up window, so please, if you don't mind, feel free to leave a comment here or there in the next week so I can be sure everything is working nicely.

In the meantime, here's some cuteness for your day! 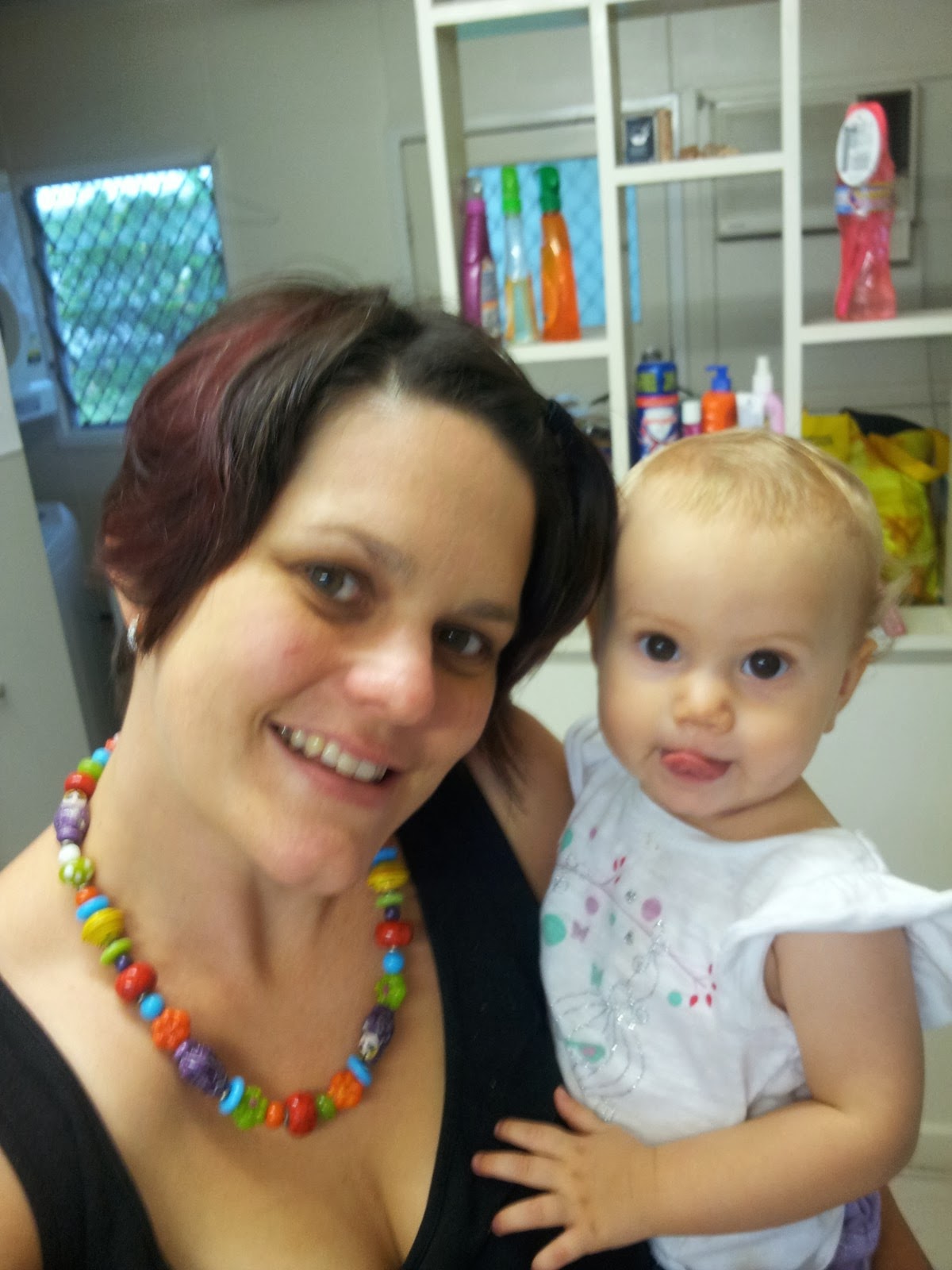 And this is what happens when Chanbe asks Hubs to help him get dressed, but doesn't use his manners. 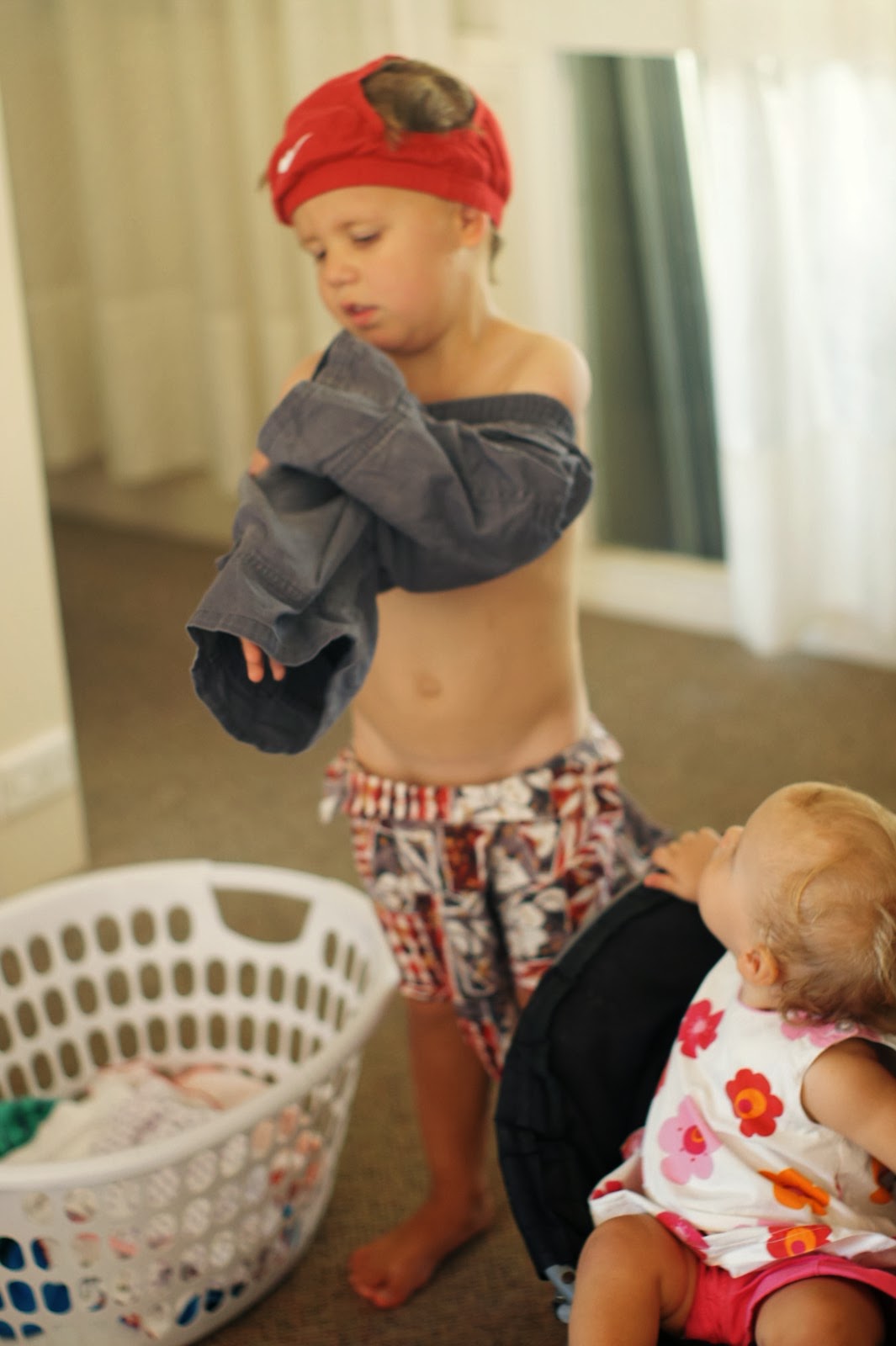 Posted by Renae at 6:05 PM Comments