From Newman to Wang

So as they say, better late than never. I've finally gotten around to going through all the photos we have taken the last couple of months, so I'll be able to fill you in on our big move. First of all, packing up our unit at Newman was a mammoth task that we put off mostly until the Wednesday/Thursday/Friday before we moved. The funny thing about having limited space and trying to move all in one go, is that you end up packing the stuff you hardly ever use first, and have to leave the stuff you use often because it can't fit in! Ridiculous, no?

I must say a very big thank you to everyone who offered to help and who did help, whether it was by manual labour, bringing over banoffee cakes, packing a trailor load of stuff to take up for us, and taking things off our hands (too many to mention). Oh, and to the cleaners at Newman for cleaning our flat for us on Monday!!! Something I thought I would have time and energy for, but Littlefoot decided to sap all my energy for the weekend so it didn't get done.

As happened last time we packed the kombi, I just left Hubs to it and he did a great job. Even though it looked like this time we wouldn't fit half our stuff in! 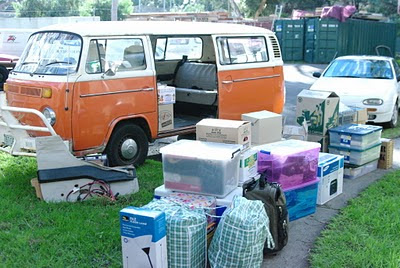 We were worried about pushing out the windows towards the end! I'm not sure we could have fit another thing in!!! 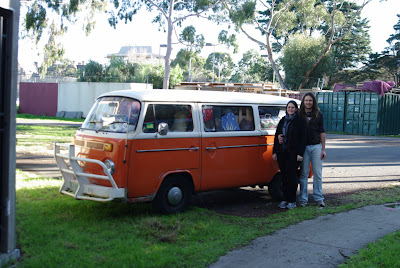 Deja vu anyone? I wanted a photo with the door open, but everything would have fallen out, so we had to make do. We were all packed by about 10am Saturday morning which was a pretty good effort if you ask me! Now Hubs, where do I fit?? 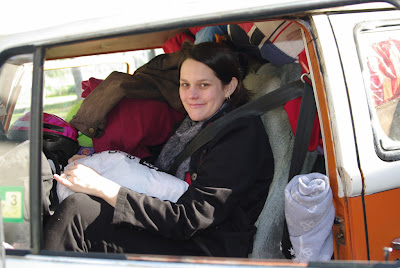 This was a bit unacceptable for little ol' preggo Wifey, so we dropped by our friend's place who was already taking a trailor-load up for us, and left a few more things with him. This made for a much more pleasant trip. Victoria put on some glorious weather for us as we drove out of the Newman gates for the last time and onto the Hume.

The next chapter I already spoke about here, but here are some photos to go with our first couple of days in Wang.

Hubs trying to keep warm on our first night 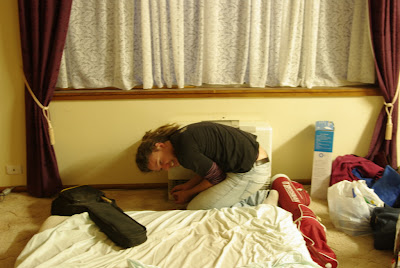 Our lounge room and makeshift bedroom for the first few nights 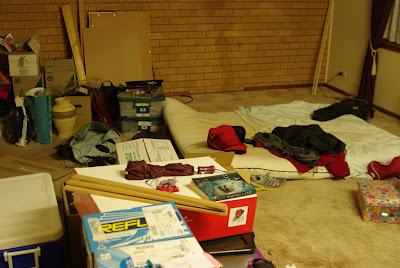 Where oh where will it all go? 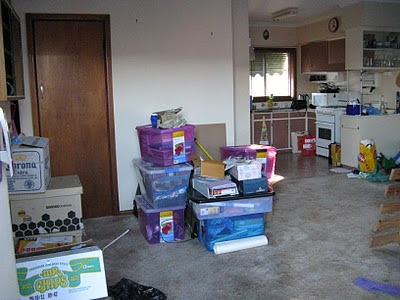 I'll leave you with the "before" shots to ponder over, and let you get excited that I actually have some "after" shots to show you in the next few days!