I've mentioned my love of Peanuts before (here and here), and my desire to own the complete Peanuts series of comic books (they are still being released!!) and the fact that I am currently struggling through reading a biography about Charles Schulz (that I think I'm going to give up on to be honest). What was my point again? Oh yeah, I love Peanuts. So when we were in Minotaur the other day, and came across the Peanuts 60th Anniversary Book, I went, well, a little nuts :-) 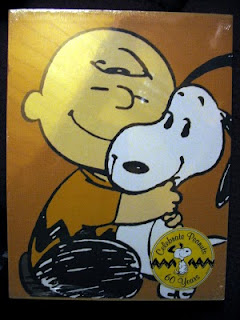 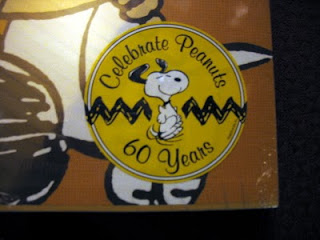 But I didn't actually really consider buying it. It was a bit pricey, and such frivolousness at this point in time wasn't on my mind. But it was on Hubs' mind. He said something like "Go onnnnnnnn. Let's just get it. If you REALLY want it, we can say it was a birthday present since I didn't get you one." This isn't really true - Hubs made me a beautiful photo album that didn't cost much, but that took him hours to put together. Still, who was I to argue?? And since I got to get a new comic book, so did Hubs! (Perhaps that was his plan all along! :-) He wanted Strange Girl and the whole series (5 books) was available at a very good price so it was a done deal.

I haven't even opened it yet. I'm saving it til we move to Wang. The anticipation is kind of killing me, but in a really awesome way. It's going to be SO goooooood.... 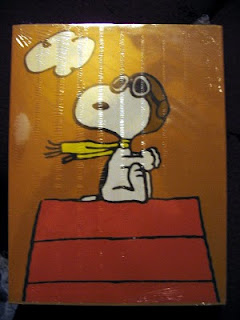